October is National Estate Planning Awareness Month which is why it is so fitting that we appreciate Pastor Jack, from Avondale Baptist Church, for sharing a copy below of his April 9 blog about how to love your wife even after you are gone. This is not just a message to men. The same message applies to women, married or single, as we think about our surviving spouse or family in the future. Remember, this is not a sad topic, it is a realistic and inevitable one. To give your family one final, important gift, read on… – Marie

I met Dawn when I was 14.  By age 16, I was, to use a word from the old movie Bambi, hopelessly twitterpated.  We dated for 4 years, and we have now been married for over 40 years.

I love her, and I would do anything for her.

And I want to do some things for her now that will show my love for her after I’m dead.

I don’t know the future, of course, but there is a good chance that I will die before she does.  About 80% of married men will die before their wives.  Sadly, I’ve ministered to and helped many widows who were completely unprepared for life after their husband died, especially if he took care of the family finances.

Some of the men, frankly, had done a horrible job of preparing for their wives after their death.  They had structured their finances in such a way that much of the family income died when they died.  Or they had spent so much of their retirement while they were alive that there was little left when they were gone.  Or they had left their finances in such poor shape that even an accountant would have had a hard time putting together a plan.

Other men had done a good job with their finances, but a poor job of communicating details to their wives, so many widows had no clue about their basic financial issues.  How much was still owed (if anything) on the house?  Was there any life insurance, and, if so, how much?  Where did he keep the copies of paperwork such as wills, life insurance paperwork, and paid–and unpaid–bills?  How much money was in checking, savings, investments, and retirement accounts?  How were those accounts accessed?  How were the pensions set-up to deal with death?

One man I knew was relatively organized, and he kept all of his financial dealings on his computer . . . but no one knew his password.

I don’t want Dawn to have to deal with the tough issues I’ve seen other widows deal with.  I’ve planned my finances so that there should be adequate money after I’m gone.  I’ve taught my children that the most important thing to do after I’m gone is to take care of their mom.   And I have put together a notebook with all pertinent information that she will need to know.  She knows where it is, and copies of it are given each year to my two oldest daughters.  (My kids laughingly call it the “Dad’s Dead Notebook.”)  In the notebook, she will find these things, which I update at least once per year:

I love my wife.  And I want her to know that.

Even after I’m gone. 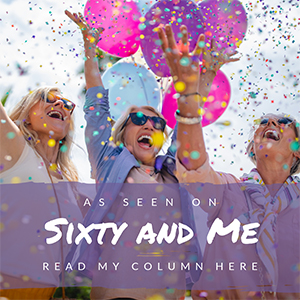